Songs from the Playground

Good Foot pays homage to the solid gold sounds of Black American music in the 1950s and 1960s. From Motown to doo-wop, to rock-and-roll and touching on the early days of funk, Jazzy Ash has tapped into the soul of these music genres to bring a unique sound to new generation. Powerful vocals, rock solid musicianship and good old fashioned fun make this 6 song EP a must listen for families this fall.

“I’m still so blown away this kind of music, which is so full of life and joy, was created during one of the most socially and politically chaotic eras in American history- especially for Black people,” says Ash.“They found ways to have hope and happiness, even through the most difficult times.That’s what we need right now." 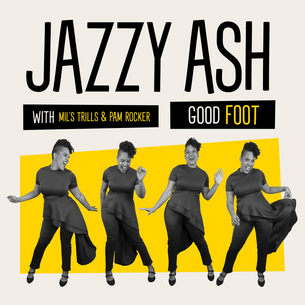 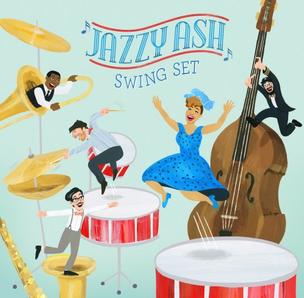 Jazzy Ash is back with her fourth album for all ages, Swing Set. Arranged and enhanced for a new generation, these 14 classic songs, rhythms and rhymes represent and celebrate a tradition handed down by African-American children, adults, and musicians from the mid-19th century to the early jazz era.

Created exclusively for Yoto Play, Songs from the Playground is a collection of tunes created by Black girls on America’s playgrounds during the 20th century, with a Jazzy Ash twist!

Listen and play along to songs like "Pizza, Pizza, Daddy-O" and "Bought Me a Cat".

Yoto Play is changing the way children experience music and storytelling. What a joy to collaborate with them on this project!​
​